Under the Same Sun

A while back, Masania came to visit his 6 year-old niece Margareth, along with her siblings and her mother, in the Tabora region of Western Tanzania. It seemed like a perfectly normal activity until I learned that Margareth's uncle had never come around to visit, and that she and her mother have albinism.

Days later, Margareth disappeared. Her mother immediately sounded the alarm, telling her neighbours and the police. Instead of falling on deaf ears as too often happens in these situations, everyon jumped into action!

Why? Because months ealier Under The Same Sun had been in to the villages in the area conducting a major Albinism Awareness campaign. We had visited the local police stations and authorities to build awareness. We had conducted public seminars with large crowds of curious villagers. People from nearby towns had also come. And we ran a series of TV and radio spots in the region, even holding a discussion program on Understanding Albinism at one local radio station.

In short, people in Margareth's village had heard of the terrible risks to children like her who are hunted for their body parts because of the superstition that they posess magical powers.

So, when Margareth disappeared, the neighbours instantly understood what might have happened. Was the little girl taken because she had albinism? Had the uncle abducted his niece? The villagers started a search. People noticed the movements of the uncle, and reported them to the police. The police got a tip that a man was looking fo a buyer to purchase the little girl.

The police then set the trap. An officer posed as a witchdoctor. Soon, the uncle approached him offering a deal for Margareth. He was immediatley arrested and quickly confessed to the abduction leading the police straight to the little girl. She was rescued and safely reunited with her family.

The uncle, who pled guilty to all charges including abduction with the intent to kill, was quickly brought to trial and sentence to 10 years in prison. 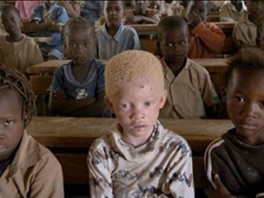 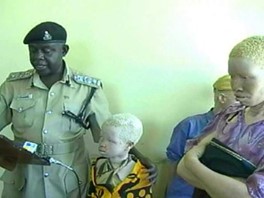 The story brings us great encouragement at UTSS, because it is a reminder that every awareness raising activity is worthwile and does bring about change.

We know that we have many supporters, like you, who believe this as well. Thank you for helping to save lives like Margareth's. Together, we are pursuing a day when six-year-old girls with albinism no longer need to fear abduction.